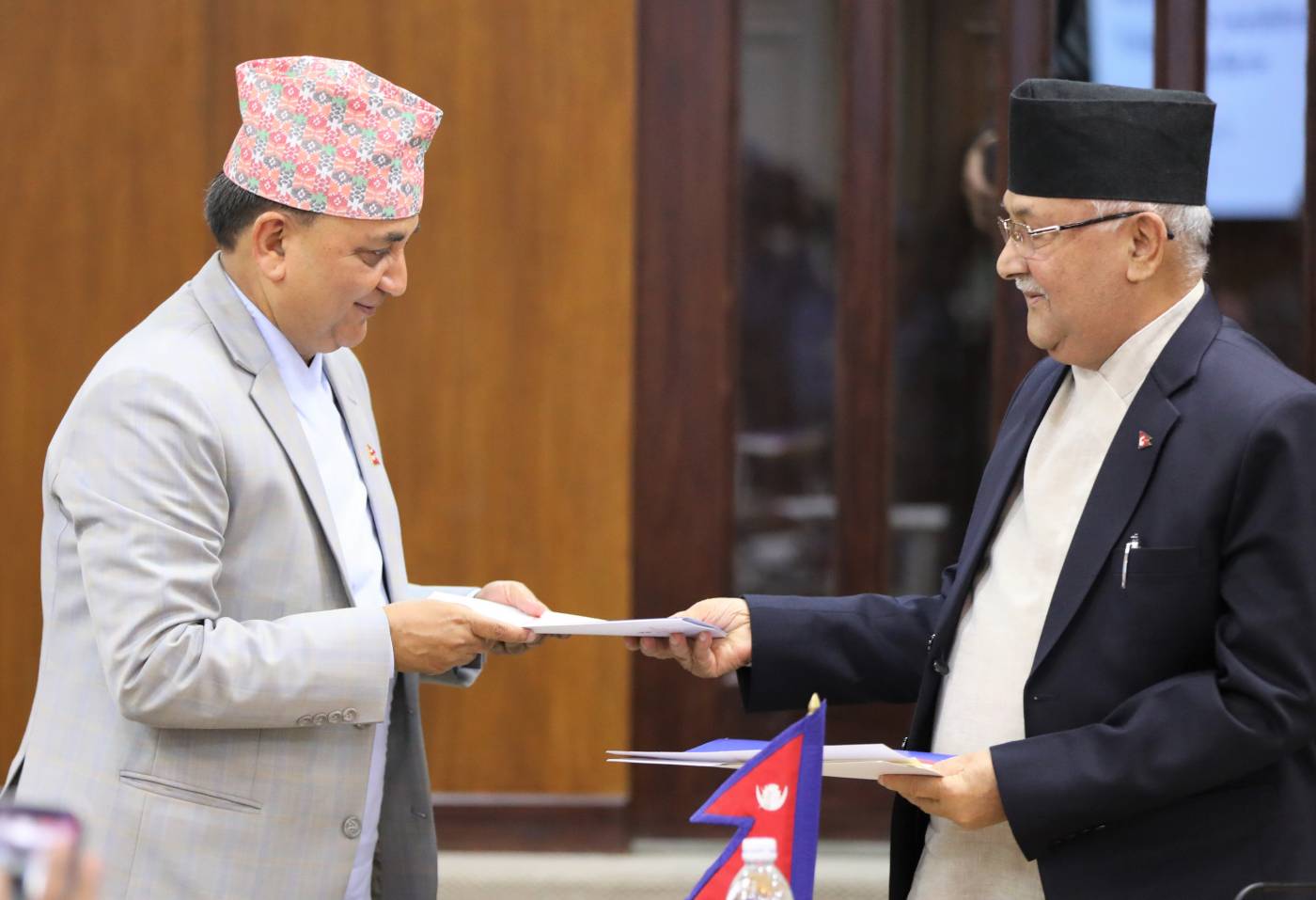 July 31, Kathmandu : Prime Minister KP Sharma Oli has urged the government ministers to make themselves and people working under them fair and upright, transparent and active.

Prime Minister  Oli expressed this while speaking in the presentation of annual action plan for fiscal year 2019/20 and implementation agreement signing programme organized at the Office of the Prime Minister and Council of Ministers here today.

Prime Minister  Oli also urged the ministers and secretaries to expedite the pace of work realizing the objectives of the practice of presenting budget by the end of May.

Prime Minister  Oli said the government has cracked down against the people involved in corruption in an unprecedented manner. “

District hospital suspends all services after a case of coronavirus infection

Karnali Province assigns local levels for management of infected ones

Vitamin ‘A’ being administered to children

Journalist Shrestha and other climbers receive warm felicitation in Beni