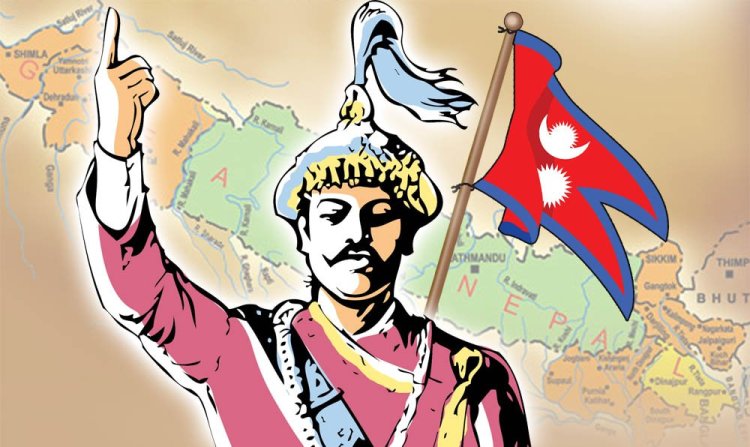 A unification torch rally is to be organized along the ancient route from Gorkha to Kathmandu via Nuwakot used by late king Prithvi Narayan Shah and the Gorkha troops during the unification campaign of Nepal.

The rally is to be organized commemorating the contribution made by the late king in the unification of Nepal. King Prithvi Narayan Shah is the unifier of modern Nepal.

The unification torch rally would be started from the Gorkha Palace in Gorkha on Friday. Nepal Army is organizing the rally. The rally will pass through Borlang, Salyantar, Hasepasal, Charange, Tabaibhar and Samari in Nuwakot. It will reach Nuwakot January 5.

Battalion commander of Nepal Army’s the Jabarjang Battalion Nuwakot, Udaya Bahadur Lamichhane said a special programme would be held at Samari Bhanjyang on January 5 and it would then proceed towards Kathmandu.

The rally would be started from Nuwakot Palace premises on January 6 amidst a special programme, and it would concluded by after reaching the statue of Prithvi Narayan Shah at the western gate of Singha Durbar in Kathmandu via Dharampani, Barbandi, Chaturale and Kakani.
It is expected that the rally started from Gorkha Palace and concluding after reaching Kathmandu would be a tribute to Prithvi Jayanti and would also help bring in tourists at Nepal unification trekking route for Visit Nepal Year 2020 began from January 1.

King Prithvi Narayan Shah (1723–1775) was born in the Shah dynasty of Gorkha on 11 January 1723 (27 Poush 1779 BS). After the death of Narabhupal Shah on 25 Chaitra he became the king of Gorkha. He ascended to the throne of Gorkha kingdom on 3 April 1743. He was interested in politics and diplomacy and had interests in both visiting and conquering other countries since his days as prince.

He decided to enlarge his kingdom, which was confined to the small Gorkha region of present-day Nepal and had an area of just 2,500 square km. He defeated major principalities in wars and unified them under his rule starting from the 1740s, and eventually moved his Gorkha Kingdom‘s capital from Gorkha region to Kathmandu in 1769.

While he was successful at conquering the Kathmandu valley and the Sen kingdoms further east, his efforts were limited in the west of his homeland. He then attacked and absorbed dozens of other small principalities and gave a new name “Nepal” to his Gorkha kingdom. He conquered some of the 22 principalities or kingdoms, known as the (thebaise raj-ya, and some of the 24 kingdoms (the chaubasi rajya), which were two sets of allies west of the King’s homeland of Gorkha, in what is now called western Nepal.