Three dead in attack on US military base in Kenya 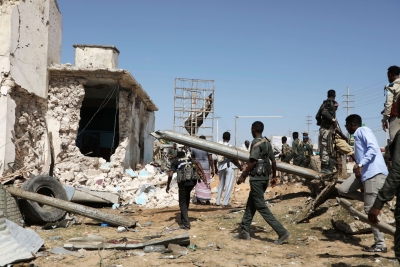 Three people, including a US service member and two civilians, have been killed in an al-Shabab attack on a military base in Kenya’s Lamu County used by US and Kenyan military personnel, the American military said.

Two other Department of Defense personnel were wounded in the attack on Camp Simba.

Kenya Defence Forces (KDF) said in a statement on Sunday that “at around 5:30am an attempt was made to breach security at Manda Air Strip.

The US military command for Africa, AFRICOM, confirmed there had been an attack in a brief statement.

The Kenya Police report said two US helicopters and a Cessna aircraft had been destroyed as well as “multiple” American military vehicles.

Earlier, al-Shabab said in a statement the raid resulted in “severe casualties on both American and Kenyan troops stationed there.