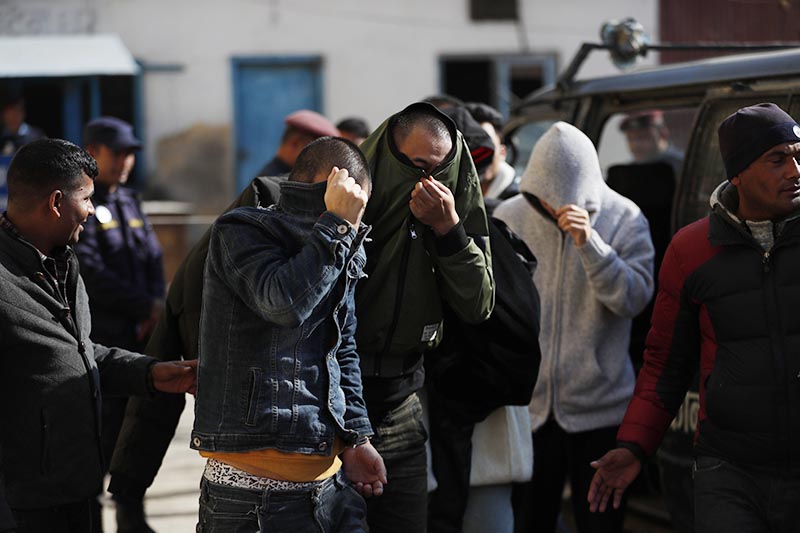 The Police had arrested them on December 23 from Manamaiju, Maharajgunj and Budhanilkantha area of Kathmandu for their involvement in illegal activities.

The arrestees have slapped a fine of Rs 1,000 each under indecent behavior.

The Department further stated that the Chinese embassy had revoked their visa.