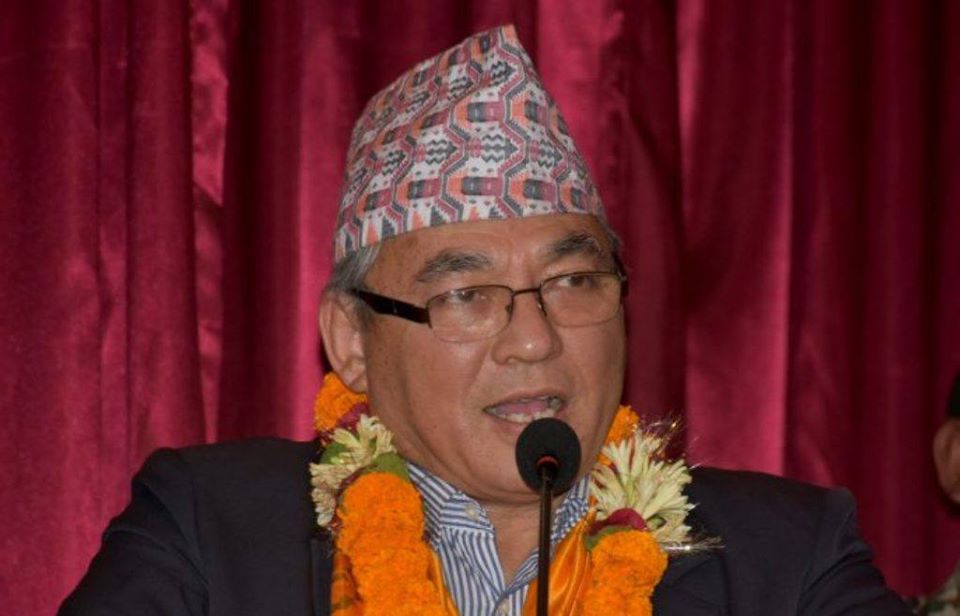 Although normal life has been affected due to cold-wave and snowfall, no human casualties was recorded this year, according to the government.

No human casualties was recorded thanks to necessary precautions and coordination made by the government, said Minister for Home Affairs, Ram Bahadur Thapa, directing the subordinate bodies of the Ministry to take initiatives to reduce disaster risks and make arrangements in this regard as winter season is still on.

Addressing a meeting of Disaster Risk Reduction and Management Executive Committee held at the Foreign Ministry on Sunday, Minister Thapa indicated that snowfall might take place again, and urged the people to have precautions.
He expressed his concerns about high number of human casualties recorded from road accidents.

The Home Minister said, “Prime Minister and President also expressed their concerns over increasing number of human casualties from road accidents. The government has to carry out activities to stop road accidents and loss of lives and properties.”

He also expressed the hope that the recently formed Disaster Risk Reduction and Management Authority would reduce disaster risks by formulating a plan to this effect.
On the occasion, Nepal Army, Nepal Police and Armed Police Force briefed the meeting about the situation of disaster in the country.