Six missing in Annapurna base camp 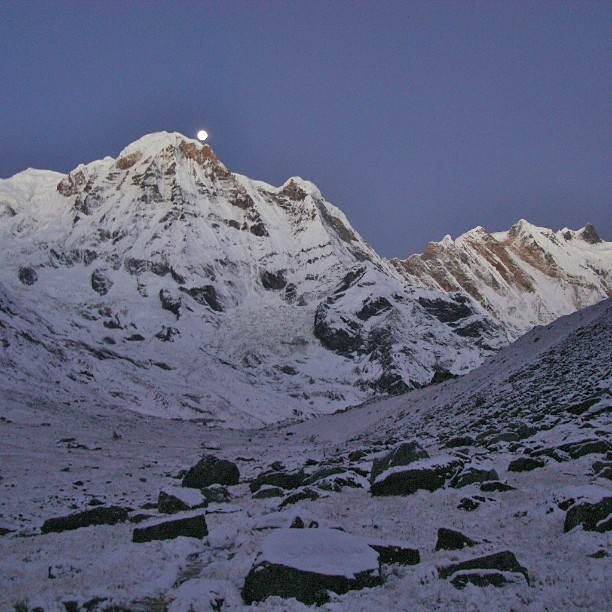 Four Korean tourists and their two guides have gone missing on their way to the Annapurna base camp.

According to Deputy Superintendent of Police at the District Police Office, Kaski Dan Bahadur Karki, five other Korean tourists and one Nepali were rescued after being caught in avalanche triggered by heavy snowfall on Friday.

Those rescued have been brought to place called Himalaya from the base camp and will be rescued soon after weather permit for a helicopter service, said DSP Karki.

However, four Koreans and two Nepalis are yet to come into contact. They have gone missing, police said.

Meanwhile, a team of seven including local tourism entrepreneurs and police has left for the site and has reached Chumrung already. Another team with rescue materials and tools has also reached Chumrung, TAAN western region chair Hari Bhujhel said.