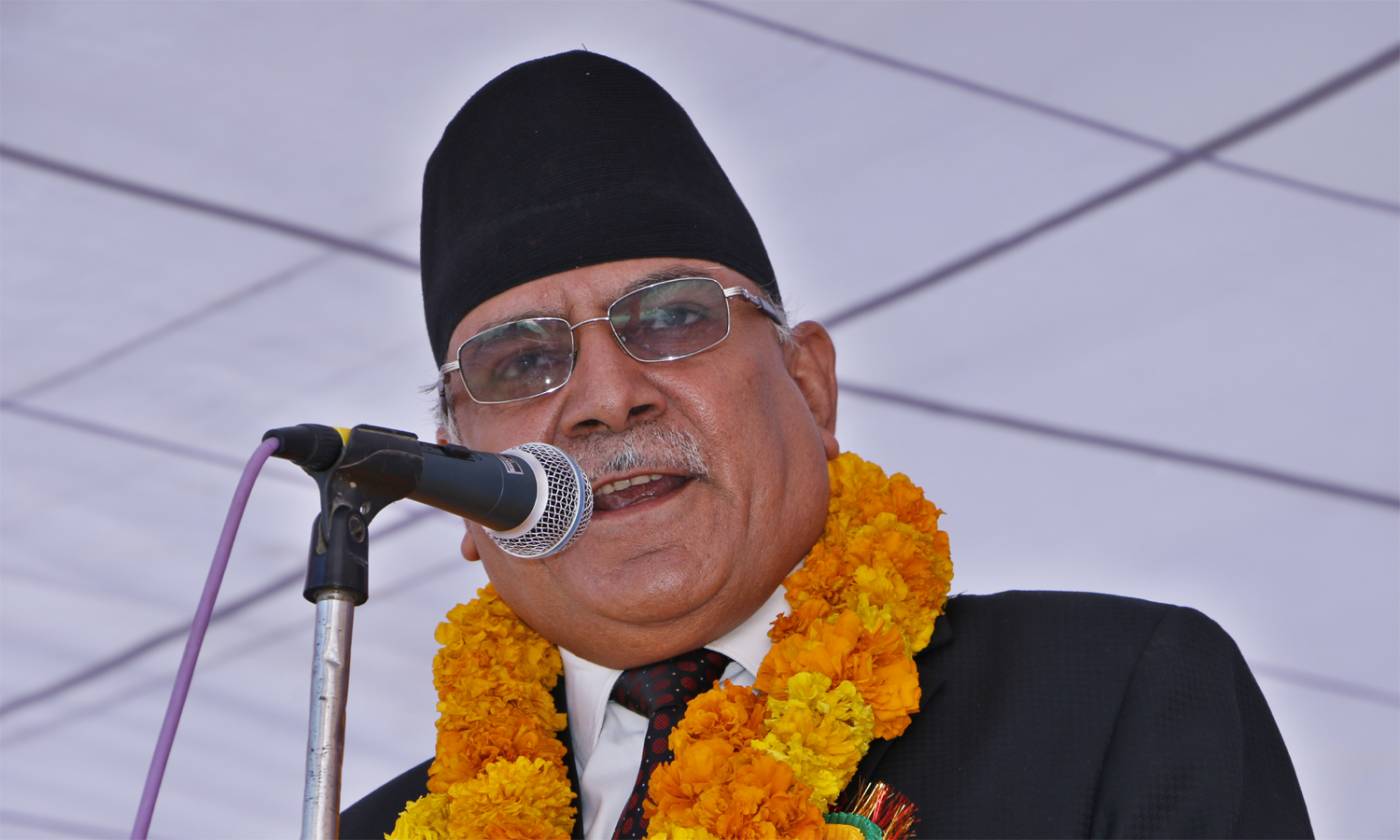 Nepal Communist Party (NCP) chair Pushpa Kamal Dahal ‘Prachanda’ has said the party can make a meaningful move only on the basis of clear ideological political course of action.

Releasing a book ‘Bases of People’s Democracy’ edited by Gopi raman Upadhyay and Manhari Timilsina amidst a programme at the party’s central office, Dhumbarahi yesterday, chairman Dahal said the party would be infected by confusions and anarchy in the absence of clarity in ideology and course of action.

Saying the achievement made in the country so far is unique in itself, Chairman Dahal said people’s democracy was adopted as a tool to create a base for socialism at home.

Giving his views about the book, he said he would help the mass to understand the ideological foundation of the communist party and its future course.