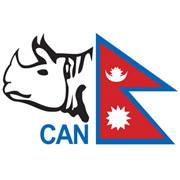 Patwal tendered his resignation before the International Cricket Council (ICC) to be effective after the completion of triangular series among Nepal, Oman and the United States. The series is taking place in Kirtipur from Wednesday. Nepal is taking on the ICC world cup cricket league-2 for the first time.

Patwal was appointed the head coach on last May for a year. However, the Cricket Association of Nepal (CAN) said they have not received any official information regarding the resignation of head coach.