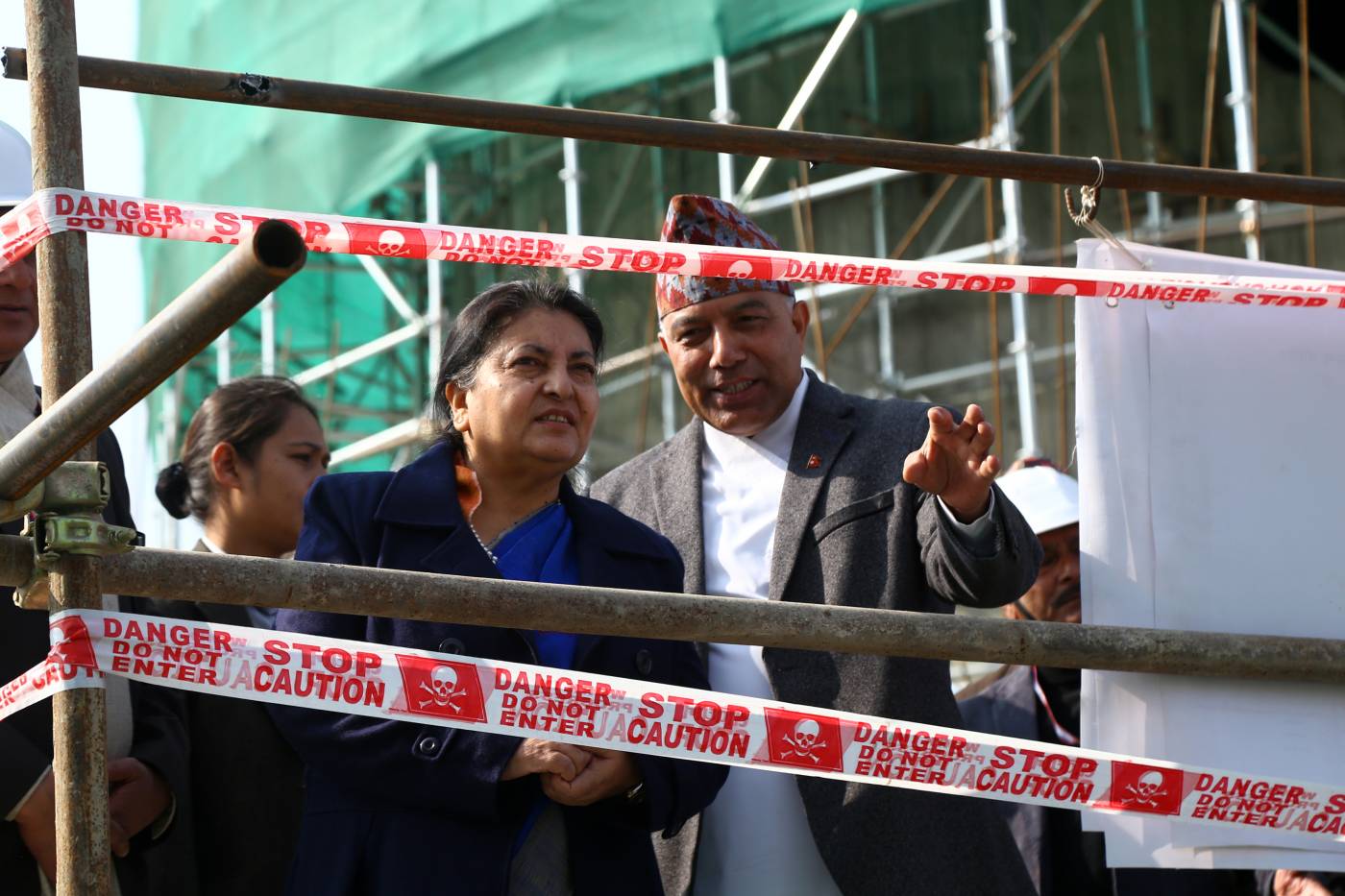 President Bidya Devi Bhandari has today observed five heritages including structures in the Kathmandu Valley which are being reconstructed. She visited Ranipokhari, Dharahara, Kasthamandap, Durbar High School and Basantapur Durbar.

In the course of the observation, the Head-of-the-State acquired information with a keen interest in the progress of the reconstruction and the materials used in rebuilding the heritages that were damaged by the Gorkha Earthquake in April 2015. 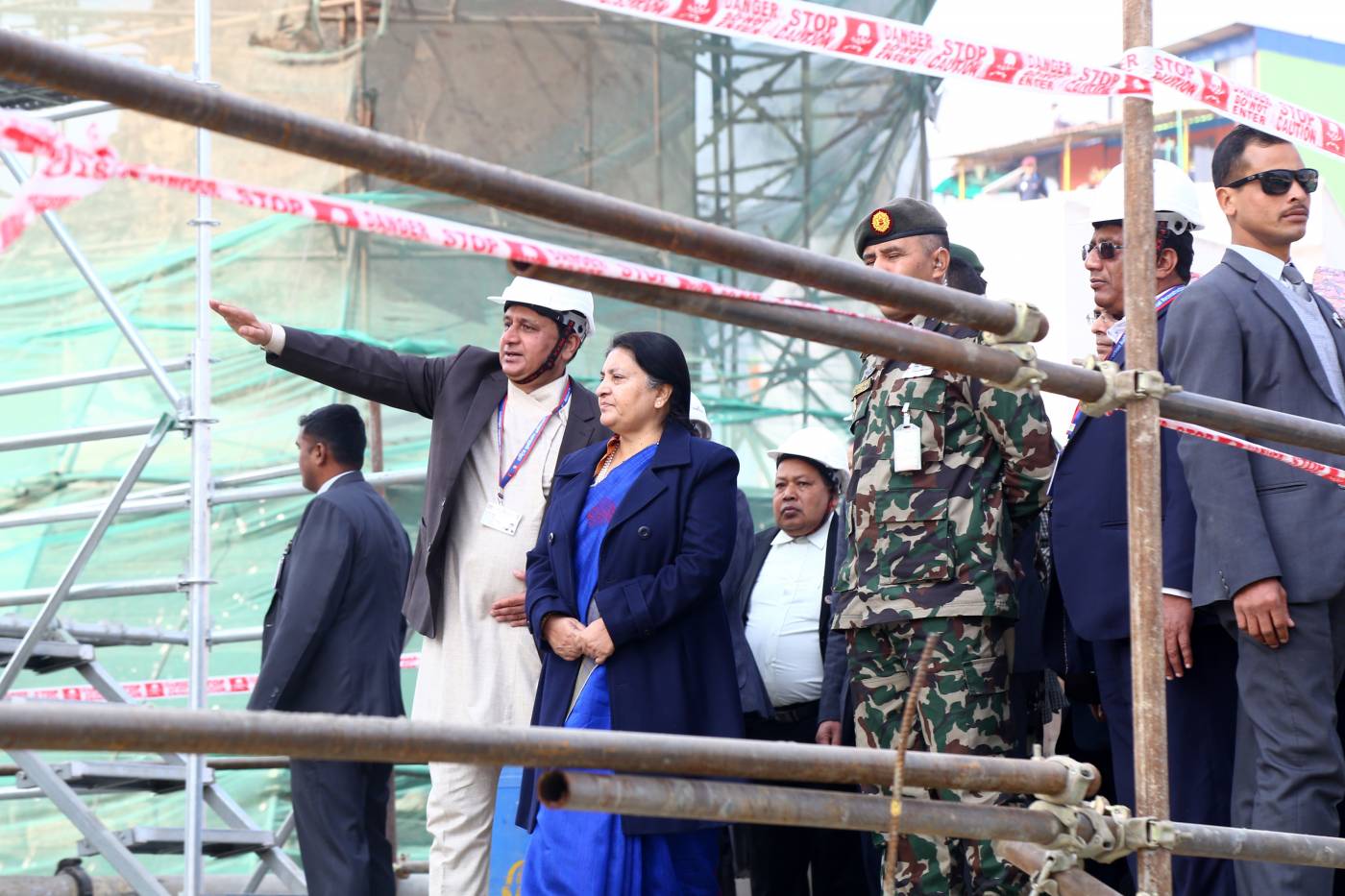 Chief Executive Officer of National Reconstruction Authority, Sushil Gewali and the chiefs of the respective heritage rebuilding project briefed the President on the progress of rebuilding works of these historic structures so far.

Ranipokhari has seen 60 per cent work progress while Durbar High School has been rebuilt and is in the process of handover.

Similarly, Dharahara’s physical construction progress is 37 per cent while the rebuilding works of Kashthamandap and Basantapur Durbar is said to be encouraging. 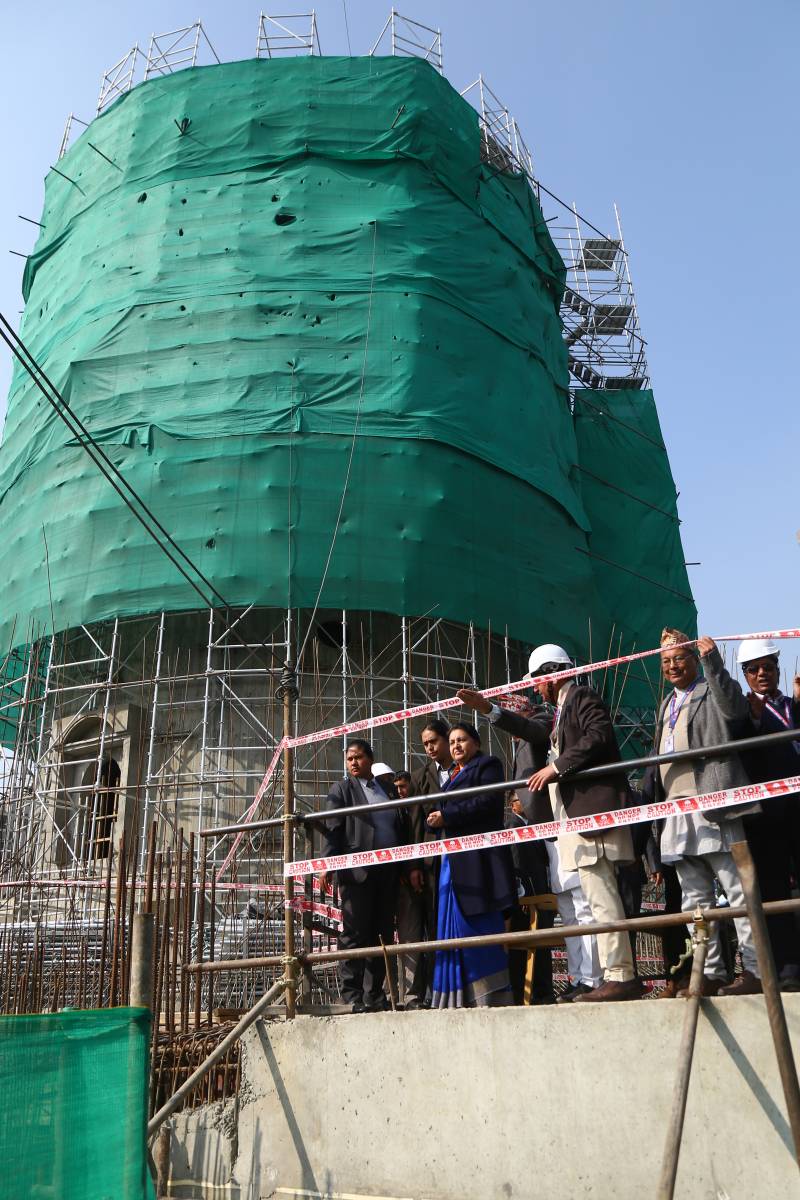 Kathmandu Metropolitan City mayor and deputy mayor, and the high officials of the Ministry of Culture, Tourism and Civil Aviation, the Ministry of Education and the Department of Archaeology had accompanied the President during her observation of the heritage sites.

Ambassador of the People’s Republic of China to Nepal, Hou Yanqi was also present during President Bhandari’s on-site visit and observation of the Durbar High School, Kasthamandap and Hanuman Dhoka areas. 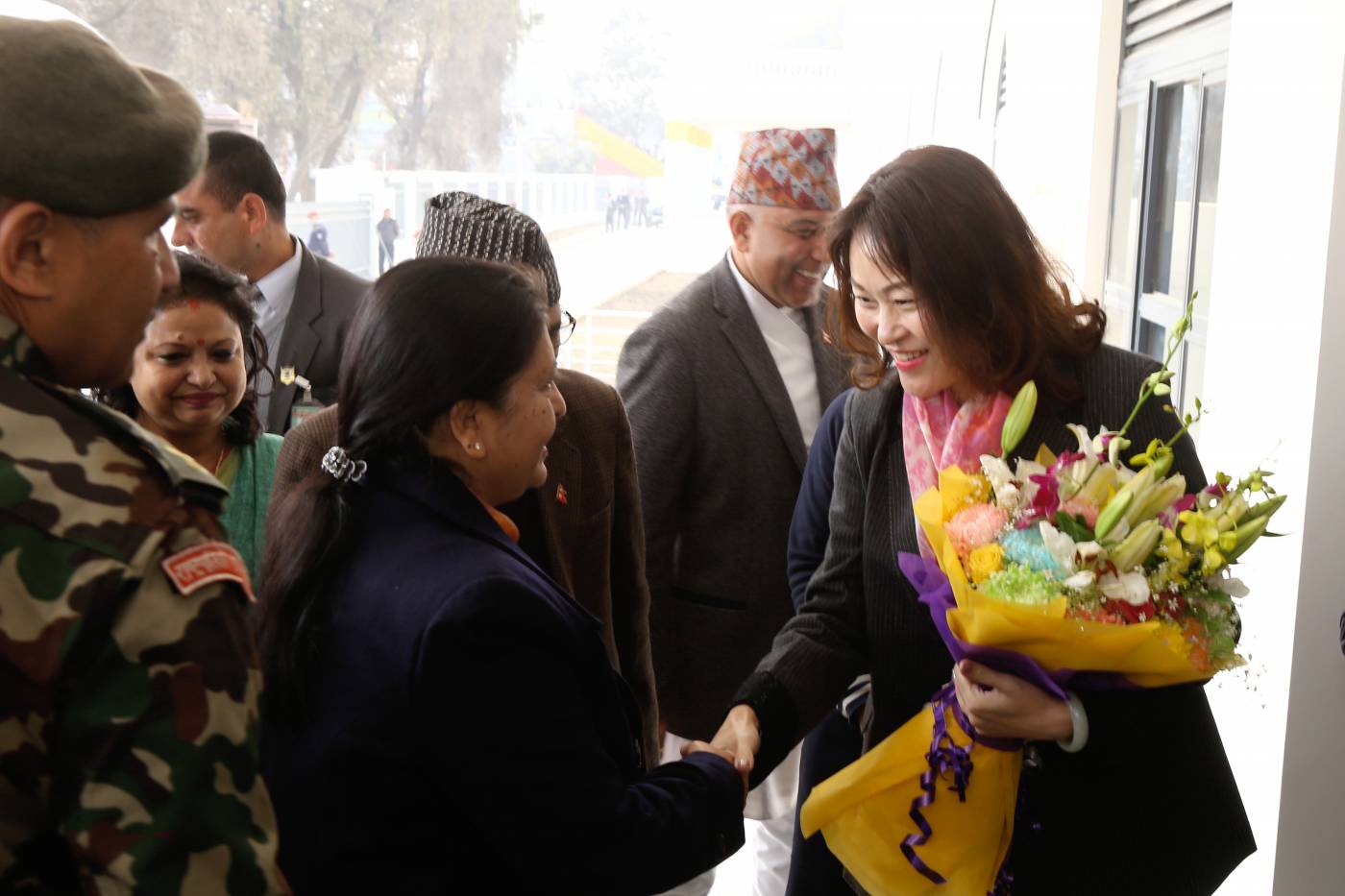