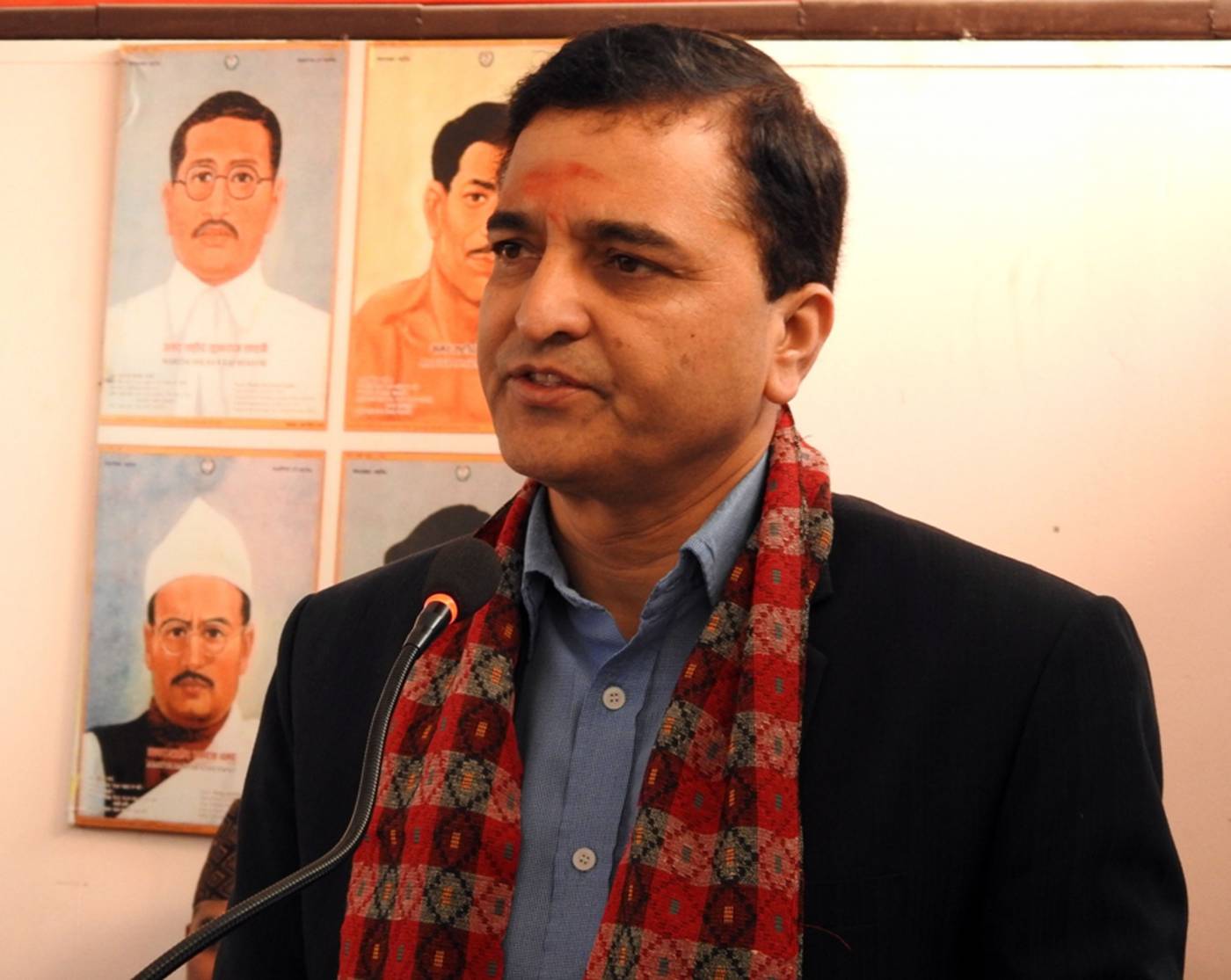 Minister for Culture, Tourism and Civil Aviation Yogesh Kumar Bhattarai has said the government is working on a plan of re-operating airports which have remained closed due to various reasons.

In his address to a programme on re-operation of Kanchanpur Airport organised by the Bhimdutta Municipality Office here today, the Minister shared about the government policy of reopening the shut airports instead of building new ones. As he said, the government has invested a huge investment in the operation of airports and payback for the State was expected. He called for cooperation among the three-tier government to make the government policy materialised which would benefit local communities and local levels.

Speaking the need for airports to become self-sufficient, the Minister insisted that airports should follow international standards as per the demand of time.

He took time to share about the government plan of re-operating Majhgaun Airport in Kanchanpur. “The airport keeps a meaning for the people of western Nepal and people’s representatives here are enthusiastically working for the reoperation plan.”

On the occasion, House of Representative’s member Deepak Prakash Bhattarai said the reoperation of the airport was needed, demanding a concession facility on airfares for foreign visitors en route to the visit to Far-West State.

Another member Nara Bahadur Dhami also spoke the need for resuming flights at Majhgaun Airport. “The Far-West is home to the largest herd of swamp deer and Asia’s longest suspension bridge,” he said expressing his concern over what he said expensive air travel fees imposed for visitors coming here.

Civil Aviation Authority of Nepal Director General Rajan Pokhrel pointed out the need of adding two bighas of land (one bigha is equivalent to 72,900 square feet) to Majghau Airport before its operation. It is learnt presently the airport including runway covers 60 bighas of land.

The airport had come into operation some 46 years ago and it has strategic importance to connect Bhimduttanagar with Kathmandu. It was closed 20 years ago citing security reasons.