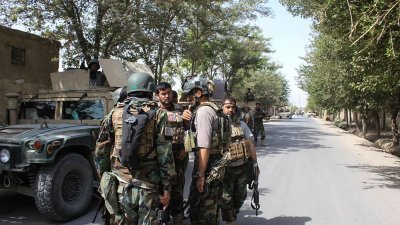 A suicide bomber has killed five people near a military academy in the Afghan capital, Kabul on Tuesday.

There was no immediate claim of responsibility for the attack near the entrance to the government-run defense university, the Marshal Fahim Military Academy, at the beginning of the morning rush hour.

Militant attacks on the Afghan and U.S.-led security forces have continued over recent months even as the United States and Taliban militants pursue talks to finalize a peace pact.