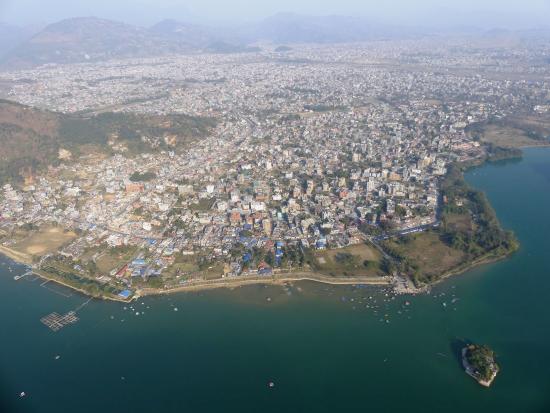 The locals living in the Fewa water shed area are concerned that the dam the state government is constructing to protect the Fewa lake might flood their settlements. The Gandaki state government and Pokhara metropolis are building check dams along with a siltation pond in four rivers that supply water to the lake.

The check dam being constructed at the Harpan in ward no. 23 of Pokhara is likely to inundate nearby settlements during monsoon. “Only last year we were forced to leave our homes after they were inundated by flood water and the construction of the dam would certainly make it worse,” said Raj Kumar BK, who leave on the bank of the Harpan river, the main source of Fewa lake. Similar dams are also being constructed in the Betayani, Lauruk and Khahare rivers.

Another local resident Dan Bahadur BK said that the construction is likely to displace 40 households in naya basti area.

Meanwhile, during the visit to the construction area, Gandaki state assembly member Rajiv Pahari said that the people affected by the dam needs to be protected too as the lake is being preserved. “We cannot displace human settlements in the name of Few protection, there should be a way to protect both the lake and the settlements,” he said.