Timber import down by 20 per cent 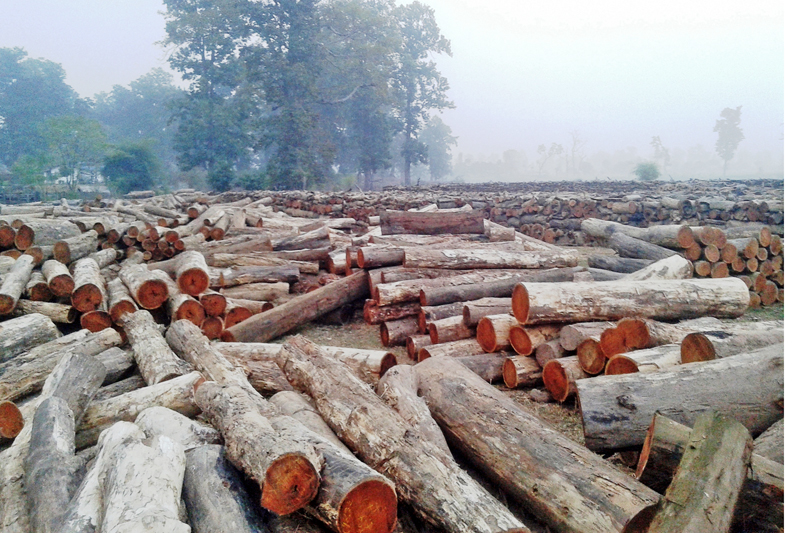 Import of timber into the country has decreased by 20 per cent following the adoption of a policy to increase production. The Forest Reforms Action Plan, 2075 by the Ministry of Forest and Environment has been successful in increasing production and thereby bringing down import.

In the fiscal year 2074/75, Nepal had imported 975,000 cubic feet of timber from various countries but that has gone down to 786,000 cubic feet in 2075/76. The increase in timber production has led to almost a balance between demand and supply of timber in the country, the Ministry Spokesperson Dr Sindhu Prasad Dhungana said.

By the end of the last fiscal year, the country produced 29.9 million cubic feet of timber and grown 30.1 million new saplings. The ministry is also targeting to increase the annual production from 15 million to 100 million through sustainable management of the nearly 6 million hectares of national forest.