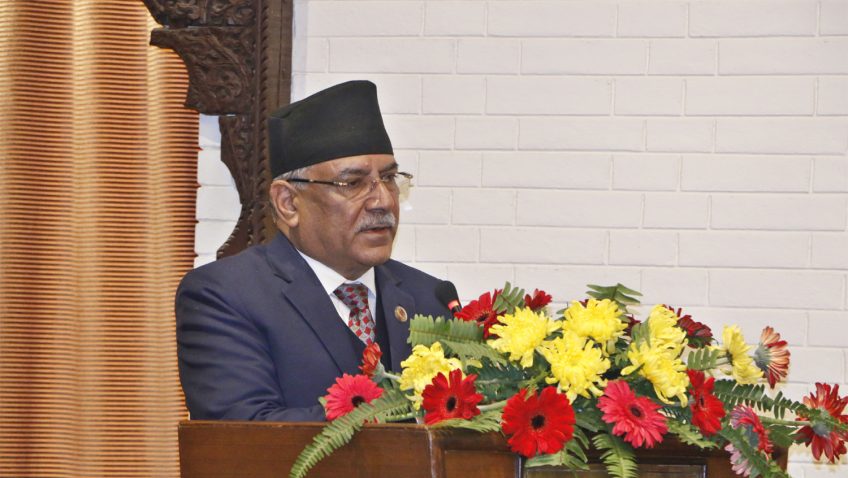 Nepal Communist Party chair Pushpa Kamal Dahal ‘Prachanda’ has claimed that this party has changed the political landscape of Nepal.

He said this in his inaugural address to the Karnali state-level frontline cadres’ gathering organized by NCP at Karnali state capital Surkhet on Tuesday.

At a time when communist forces are waning in the world Nepal, however, has seen the force coming to the centre stage, he said. “The merger of two parties was an outstanding and epochal work. It has reversed the political roadmap of Nepal”, he claimed.

A huge investment is being made to weaken Nepal’s communists, he disclosed, adding communist unity was an outcome of long debate and discussion.

He informed the taskforce’s report would be discussed in the party’s secretariat and passed in the parliament in a way that it would not affect our sovereignty, national integrity and independence.

He went saying that Nepal government has informed the Indian government in writing about Lipulek, Limpiadhura and Kalapani and would release a new map including Nepal’s territory of Lipulek and Limpiyadhura.

Likewise, former Prime Minister Madhav Kumar Nepal said, “The political revolution has come over. Now is the time for economic, social and cultural transformation”.
CPN’s general-secretary Bishnu Poudel said the communists are under litmus test in addressing pain, plights and crisis faced by the people.

Also speaking on the occasion NCP standing committee member and Karnali state in-charge Janardan Sharma said the Karnali state would witness rapid development and progress if there was meagre support from leadership.