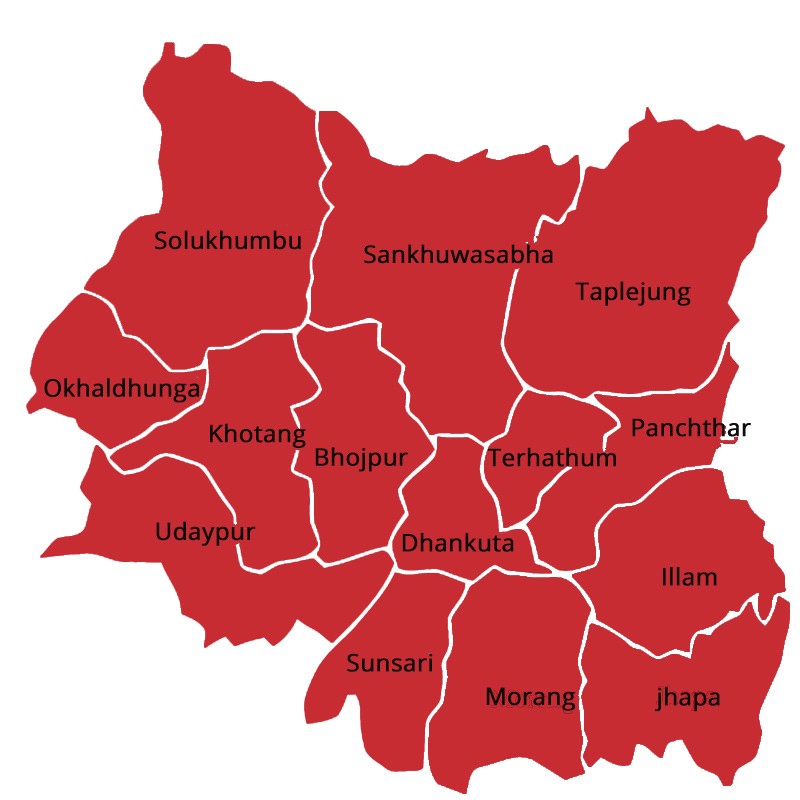 Night-time sporting tournament was a far cry in state-1 until 2018. However, on 31 March 2018, Birat Gold Cup brought down the curtain for night time sporting activity here.

Floodlights constructed on bamboo poles around Martyr’s Stadium of Biratnagar made it easier to host the historic night time football tournament outside federal capital Kathmandu.

According to the host Birat Gold Cup Trust chair Navin Rijal, floodlight technicians were hired from Kolkata of India.

Held from March 31 to April 9, Birat Gold cup was a huge success. The 10-day knockout football tournament triumphed by Three Star Club also won the hearts and minds of many sporting fans. After first-ever night time, gold cup in the then state’s temporary capital, other cities like Itahari and Inaruwa also followed the suit.

From 31 May to 3 June 2018, Itahari hosted the first nigh time volleyball tournament at State-Level Multipurpose Stadium of the town. The 3-day pioneering completion, clinched by a team of Armed Police Force, was organized by District Sports Development Committee. In Itahari, the volleyball match was played in the court illuminated by CFL lights attached in tall electricity poles.

After first night time football in Biratnagar and night time volleyball in Itahari, Inaruwa organized the first night-time cricket tournament. The Mayor’s Cup T-20 cricket games were organized by Fulbari Club of Inaruwa at Inaruwa Stadium illuminated by temporary floodlights fixed on bamboo poles from October 6- 14, 2018. The second edition of the game was hosted from 21 September- 4 October 2019.

Dhiraj Rai, a local government employee at Biratnagar Metropolitan City, said night time matches are best for all working people. ”In weekdays, professional people like me have to be engaged in our own official assignments and can’t allocate time for day time match”, said Rai who also watched Birat Gold Cup. He added, ”If Birat Gold Cup was held in the day time, I would have missed all matches sans Saturday.” Rai said high temperature of Terai was another factor for low turnout during day time match and growing interest on night time match.

According to Nabin Rijal, the leader of the first night time football tournament in Biratnagar, spectators grew many folds at night time match.

”We would receive just few hundred onlookers in our all 32 previous editions of Birat Gold Cup and thousands would be expected only in final”, said Rijal without giving exact figures. ”However, our first-ever Day-Night Birat Gold Cup of 2018 brought in thousands of onlookers from the opening football fixture.”

Demand for permanent floodlights on the rise

According to Hussain the first and second prize of the maiden night-time cricket was Rs. 200 and Rs. 100 thousand respectively. However, they invested Rs.1.3 million just for floodlights.

Birat Gold Cup organizer had demanded permanent floodlights during its opening day with Chief Minister of the State Sherdhan Rai. CM Rai Okayed the proposal. The Social Development Ministry of State 1 has allocated Rs. 50 million for 4 floodlights at all corners of the Martyr’s Stadium. Construction has been started since January.

According to Suryaraj Ghimire, the Chief of Sports Division of the social Development Ministry of State 1, the construction will be accomplished within May.

Surendra Tamang, a former national striker of Nepal, said permanent floodlights are need of the hour in Itahari, Inaruwa, Dharan, Damak, Birtamod, Kakadbhitta and Bhadrapur as well as Dhankuta and Ilam.